Home » Life » Shame and Redemption and a Rescue Dog (or Two)

If you are friends with the Kingstons – in real life or online – then chances are you saw this photo of a rescue dog a few weeks ago.  How do I know that?  Because we posted it EVERYWHERE – on our personal Facebook pages, on my professional Facebook page, on Instagram, we emailed it out, we skyped about it – we put it ALL THE WAY out there.

This was about twelve hours after we brought home our first ever “real” rescue dog – a 200lb cross-eyed mastiff named Moose.  Don and I had spent over a month going through the rescue process – and we were absolutely in love with him.  We had the neighbors over to meet him, we went out and bought a new collar, special food, a doggie bed – the whole nine yards.

Problem was – he wasn’t in love with us, and he and Bizzy sure weren’t in love with each other.  Looking back now it was SO obvious – he and Bizzy (who loves EVERYONE) wanted nothing to do with each other when we introduced them or once they got home, he had no interest in us when we were at the rescue and didn’t seem to care much about us at home either, he didn’t want to leave the side of the rescue owner, etc.  Stupidly – Don and I believed he was just a mellow dog and if there was any problem we could fix it if we just loved him enough.

I won’t get in to the VERY scary and horrible details but within 48 hours it became apparent that Moose and Bizzy could not live together.  Thankfully – he went back to a wonderful foster home, but Don and I were heartbroken and felt like failures.  Quitters.  Losers.  We were ashamed to say anything to anyone – and afraid to try again.  We thought maybe we’d just let Bizzy be an “only dog” for a while.  We half heartedly looked at a few other dogs but we just couldn’t get past what had happened and were about ready to give up.

Then came an email.  “What about Chulo?”

Chulo is a nine-month old Dogo Argentino rescue dog who was living at one of the rescues.  He has special needs (see below) and wasn’t even close to what we were looking for, but the woman at the rescue who recommended him had been so kind and patient with us that we politely agreed to drive up to Seattle and meet him.  I just knew it wasn’t going to work.  I almost told Don to go without me.

When we arrived Chulo was running around in the front yard playing with a four year old boy.  Bizzy practically dragged Don to the fence and as soon as the gate swung open – Don and I ceased to exist.  Two dogs and their little boy ran in circles, played catch, and tromped through mud puddles while Don and I and Angie (the rescue owner) stood around laughing and trying not to be run over. And we knew.

Don re-named him Crixus.  From the movie Spartacus.  He’s a dude.

Crixus has had a rough start – he is blind in one eye, deaf in one ear, has scars from being infested with fleas and scratching himself raw, has horrible nightmares, and the first few days he was here he cowered in fear when we raised our voices (which was all the time since – you know – he is practically deaf), but since he arrived he and Bizzy have been inseperable.  They are best buddies, bed mates and wrestling partners. They share toys, bark at the wind, and Bizzy is teaching Crixus how to be part of a family.  Crixus is always up for pets from company, gives kisses occasionally and wiggles his little butt with joy whenever we come in to a room. He is home.

So the Kingstons have been humbled. We’ve learned that we don’t know everything and that we can’t fix every problem.  We’ve learned that dogs DO know best and that sometimes you have to let other people show you what you need. We’ve also gained an incredible respect for those who dedicate their lives to rescuing animals.  This has been a frustrating, heartbreaking process – but has also brought us incredible joy.

So this is our boy.  We saved him – and he saved us.  Redemption.

CHECK OUT THESE OTHER POSTS!

Previous Post: « 10 Things I Want You to Know about the Cricut Explore
Next Post: 30 Days of Xyron – Paper Plate Menorah Kids’ Craft! »

At The Kingston Home you’ll find projects you can ACTUALLY make! I’m sharing step by step tutorials, printables and SVGs, home décor and holiday ideas for everyone – from beginners to experts alike.

Read more about me and my blog

COME HANG OUT WITH ME

Open
Two things. One…I am a giant human being. 😂

Open
This little photo of my face represents a HUGE acc

Open
*Takes a deep breath*  So. Some things are happe

Open
Merry Merry Christmas from @balooandbirdie and the

Open
If you aren’t still frantically putting up DIY d

Open
The hosts of #averymerrycricut want to thank you f 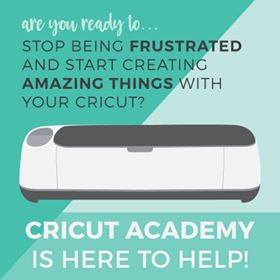 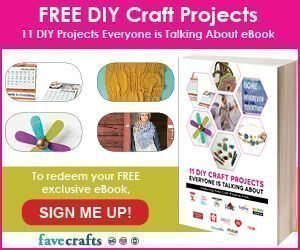